Posted on July 1, 2020 by Christopher Tallon 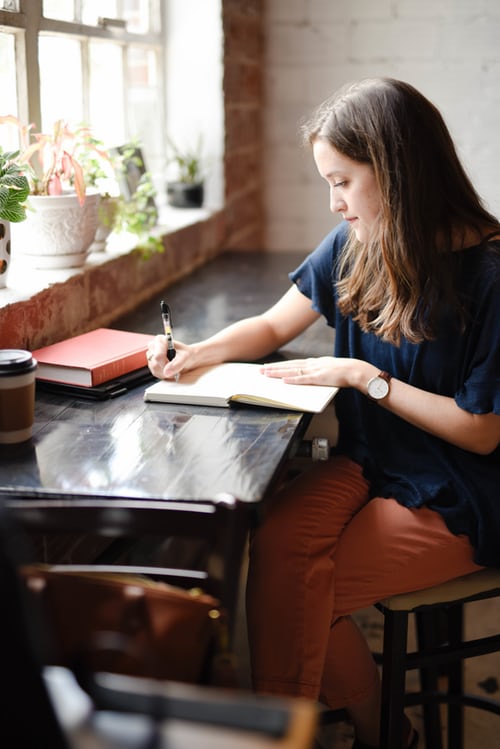 I’ve said before that I would love to make an enormous amount of money as a writer. Sounds pretty good, right? But someone challenged me, saying, “So are you writing to try to make money?”

The simple answer is: Yes and no.

Everybody needs work. Why can’t writing (or any other passion) be work?

Art is often thought of as “not a realistic job”. When kids in school say they want to be a painter, or an actor, or a writer, teachers, parents, even friends say, “That would be nice, but you have to have a real goal.”

Art isn’t a real job? Creativity isn’t as important as this degree or that certification or whatever? I’d argue, with the amount of people, and ease of access to a potential audience, that there could (and should) be waaaaaay more creative people exploring their passions and sharing with the public. And, if you have talent, why not as a means of living?

I’ve interviewed people on my podcast, Creative Ops (A Podcast for Creative People, by Creative People), who’ve told me they wanted to do this-and-that, but they opted for the “real” job, only later coming back around to the thing that really drives em crazy. (In a good way.)

I said I wanted to make money, not become famous.

I’d love to create income as a writer to the point where I didn’t have to think about getting any other job. Enough that my wife could work part-time. (She has already stated many times that she won’t ever stop working completely until she’s retirement age.) All of this wraps up to this, I suppose: I don’t write thinking, Ooooh, writing this kind of story would sell a lot of copies. No. I don’t really think about what I’m writing until I stumble onto an idea or character (or both) that intrigue me. Not for their commercial viability, but for what will be fun spending hundreds of hours writing, then even more editing and revising. If you try to write a novel with an idea that doesn’t really tickle you, you’re going to feel like you’re trapped in a loveless marriage, and you’ll probably bail on it. I’ve been there.

The writing part. I love my wife very much, and am happy to believe her when she says the same.

So what am I doing about making work of writing?

I’m starting to blog for money. I already blog for Threads Podcast: Life Unfiltered, which has been great! The focus is largely on mental health, and I’ve found the research I’ve done for the blog has been really good for me on a personal level. Hopefully it helps the folks who’ve been enjoying Threads.

Talks will hopefully be underway for another client very soon. Then who knows.

So, in the meantime, I’m still trying to get my book out (to agents, a few small presses), giving myself a year of trying before I go the self-publishing route. And then blogging. On my own blog, I’ve got writing tips in a series called Behind “The Process”, some random stuff, and the first blog that someone ever linked to in an article was a blog I wrote about the 89-90 Pistons. And of course some stuff about my podcast.

If you or someone you know is looking for a blogger, content writer, or copy-editor (someone who reads and fixes mistakes)…HOLLA!

← Behind “The Process”: Proper Placement of Dialogue Tags
Why EVERYONE Should Write By Hand →

This site uses Akismet to reduce spam. Learn how your comment data is processed.